How Shot Blasting Can Be Beneficial in Surface Preparation and Rust Removal? 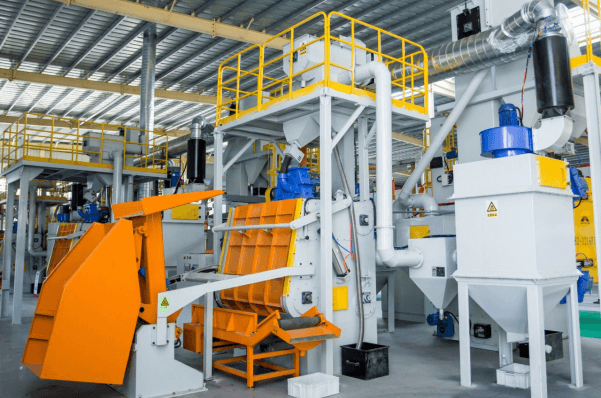 Not many people know about shot blasting, shot blasting machines, and brands such as Mesblate. Most people that are familiar with them are metal workers, engineers, businessmen, or investors.

Shot blasting is perhaps one of those under-the-radar flying industries, which is important. In this article, we will explain why it is so important and some of the benefits of shot blasting in the process of surface removal and surface preparation.

Now, for the second time, you might be asking yourself, why should I care for “trivial” matters like rust removal and surface preparation? Don’t they have fancy lasers that can do such stuff?

Well, lasers are not quite there yet and they don’t even come close to the efficiency of shot blasting.

Shot blasting should be important to you because it is the most environment-friendly rust removal and surface preparation method, by far. There are no byproducts as everything is 100% recyclable and can be reused. That’s not the case for its competing technologies.

Shot blasting is a relatively anonymous industry because it serves other businesses and industries, and can’t offer anything to direct consumers.

Nowadays, shot blasting is leveraged by almost any industry that relies on metal – automotive, railways, construction, shipbuilding, foundry, aerospace, and so on.

As far as the competition such as laser rust removal and laser surface cleaning are concerned, that’s far from the efficiency of shot blasting. Laser rust removal may look out of this world on social media, YouTube, and promotional videos. However, when you call those companies and ask about their services you will learn how expensive and how less efficient their process is.

There is no rust or corrosion that can’t be removed with shot blasting. Plus, shot blasting can be used to remove mill scale, faded paint, chemical stains, etc. That makes shot removal both effective and widely applicable.

When it comes to both surface preparation and corrosion removal, there isn’t a more environmentally friendly method. This is why.

Shot blasting is considered as the most effective and efficient surface preparation method. In this regard, shot blasting leads to:

Now you know why manufacturers and machine engineers appreciate the process of shot blasting so much. From the look of things, it is a process that will remain relevant and in-demand in the future as the other technologies can’t compete with its efficiency.

CNC Prototyping Machines and their Benefits

Looking at the Future of Plastic Injection Molding