The Main Components Of A CNC Machine 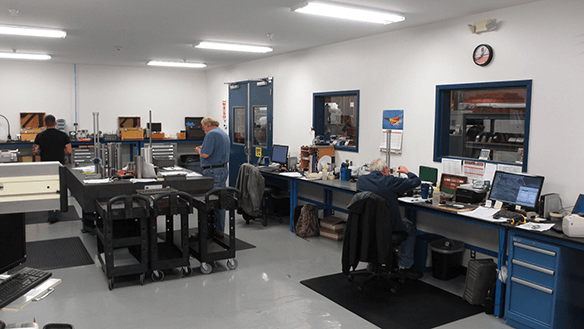 WayKen is among the best providers of any CNC machining services in China. This company has been in business for an appropriate amount of time and is known for its highly accurate visual model designs and master patterns. WayKen is the way to go when it comes to providing the best CNC machining services. Some of these services include the manufacture of CNC machines. These machines are used in the manufacture of parts in a variety of sectors, including the motorcycle industry. To understand how CNC machining works, you first need insight on components of the machine.

Components of a CNC Machine

In CNC machining, the CPU is the part that controls the entire CNC system. The CPU received the data and stores it in the memory of the program. The said data is then decoded. During the decoding process, the data is translated into signals that control both the positions and velocity. The CPU also oversees the movements of the control axis.

The Machine Control Unit is the most crucial component of a CNC machine. It performs several functions, including reading the coded instructions that are fed into the machine using the input devices from the CPU. The MCU also decodes the instructions and implements the interpolation. This is when the motion commands for the different axis are generated. Once the instructions are generated, they are then fed to the amplifier circuits and received the results of the position and speed for each axis drive. Finally, another role of the Machine Control Unit is to implement functions like the coolant and spindle, among other auxiliary control elements.

The role of the programmable logic controllers is to change the programs that are fed into the logic compartment of the computer. This component eliminates the need to mechanically convert relays and wires as it was the case in the past. The PLC works closely with all the other parts of the CNC machine.

The CNC machine tool is the part that controls position and speed. It is controlled using the X and Y axis technology.

This is the part that consists of the sensors that monitor the speed and position features. It receives signals from the sensors and uses them to generate controls for correcting possible errors.

CNC (Computer Numerical Control) machining is the process through which computers are used to control the machine tool hence the functioning of tools in factories. This is one of the most praised modes of production because it is precise, accurate, fast, and durable.