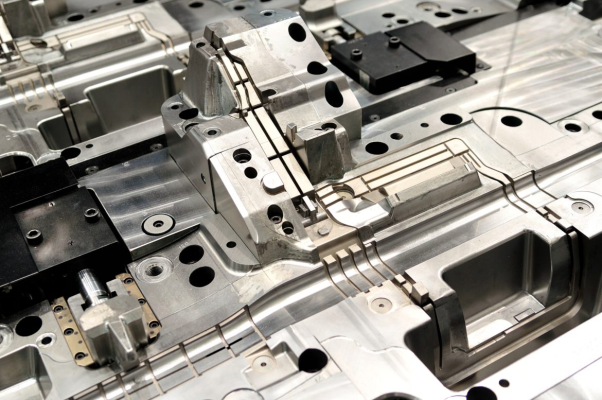 You have read so much about ejector pins. Today, in this blog post, you will learn more about why they can break, including what to do in such cases. So we put our focus on the forces, surface finish, coupled with lubrication.

Other than its potential causes for general breakage highlighted in the initial segments of the series, there are common reasons for actual breakage namely:

The force needed in starting an ejector pin is often controlled via static friction coupled with some form of adhesion on the central core of the layers. Static frictional forces have generally known to be higher in nature as compared to the kinetic forces involved- these are forces needed in keeping these pins moving immediately they have begun.

In an effort to minimize the actual shock on the ejector pins as well as the parts of the machine, the velocity of the ejector needs to be slightly slower. This could be about 1/9 in into the layer. It has the capability of ramping up the ejection speed needed.

One of the best ways to cut down the chances of pin breakage due to excessive force includes the application of a relatively large diameter pin coupled with some quantity on them. But such pins have a way of limiting your capability to locate the cooling channels. Therefore, you need to compromise them successfully.

Other than that, it is essential to note that nothing will really increase the force needed in removing a core from the overpacked condition that readily exists. This is particularly if there is some form of vertical surface woven into the central layer of the core surface area, including the thin ribs.

The force needed in ejecting the solid parts may be more than the actual strength of your plastic. Why? Because naturally, the ejector pins will just push straight into the right parts of the machine.

You should note that the larger diameter pins can be more beneficial, especially when it is time to eject thin as well as thick-walled elements. At the same time, a small pin may indent or pierce a stubborn mark on the walled parts. In these two cases, the cycle times will rise, given the fact that the ejector pins are small.

If the molding machine leaves you with the chance to limit the ejector force amount that acts on the plate of the device, then you can always set a greater value compared to what is demanded on the actual ejector parts. When the amount of ejector force has been limited, then you will realize that you are in a position to save time as well as money. This may cause some breakage on the machine parts. It also has a way of causing a form of binding, which may interrupt the actual molding cycle.

How To Maintain Your CNC Machining Parts

The Main Components Of A CNC Machine